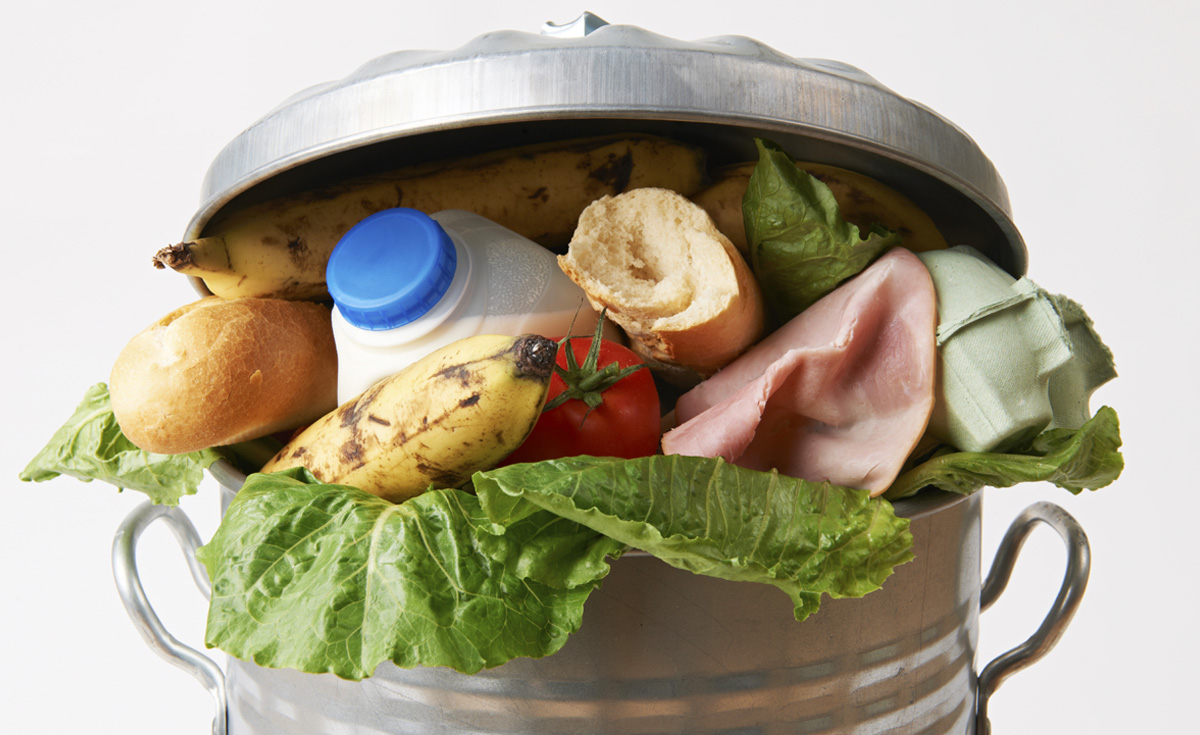 The mass quantities of food Americans waste every year has staggering environmental consequences, according to a study published recently.

“Our data suggest that the average person in the United States wastes about a pound of food per day,” said the University of Vermont’s Meredith Niles, one of the study’s authors, along with researchers at the Department of Agriculture and the University of New Hampshire.

That totals about 25 percent of all food, by weight, available for consumption in the United States — or about 30 percent of all available calories, the researchers estimate — a figure that’s larger than previous attempts to measure food waste.

The environmental costs of that wasted food are tremendous: 30 million acres of cropland (about the land area of Pennsylvania), 4.2 trillion gallons of water and nearly 2 billion pounds of fertilizer. Fertilizer contains compounds that can run off farm fields and compromise water quality.

The study, published in the journal PLOS ONE, did not calculate the resulting greenhouse gas emissions. But prior research has suggested wasted food, like all food production, also contributes to the warming of the planet, because agriculture is a key source of the fast-warming gases methane and nitrous oxide.

The report is the latest evidence that if the world is to manage a growing population and the massive changes that population is making to the global climate, it will have to significantly reshape its food system to use fewer resources to feed more people — efficiency that probably would require wasting far less food.

The new research is based on a massive survey of Americans’ eating habits, cross-referenced with other federal data sets and amplified by modeling tools, so as to determine how much food we waste and how much environmental input that translates into.

The amount of total food wasted is undoubtedly larger than the researchers calculated, as the study focused only on waste by consumers at home or when eating out. Waste within the agricultural system before food reaches a home or restaurant was not included, nor was food wasted at supermarkets.

“What we’re reporting is about 25 percent of the food that’s available for consumption gets wasted,” said the Agriculture Department’s Zach Conrad, the study’s lead author. “And there are some other data sets that are showing, that across the entire food system, it’s about 30 to 40 percent.”

“Food waste is a big deal,” said Timothy Searchinger, a senior fellow at the World Resources Institute and a Princeton University researcher who reviewed and commented on the study by email. “It results in large increases in land use demands, other inputs, and greenhouse gas emissions.”

If anything, Searchinger said he was “puzzled” that the estimates for the amount of land used to grow wasted food were not even higher in the study.

The research also contains a potentially controversial finding among those who focus on promoting healthier diets — as well as among environmental advocates who regularly attack the beef industry for its large environmental footprint.

Namely, the research finds the most wasted foods are actually the healthiest: fruits and vegetables. These represented 39 percent of the food wasted per person.

“Higher quality diets actually result in higher amounts of food waste, and that largely has to do with the fact that those diets have more fruits and vegetables in them,” Niles said. “And it is the most wasted food that we found in our study.”

Dairy and beef were the second and third most wasted foods, respectively.

Searchinger partly questioned this finding, noting “fruits and vegetables have high weight (due to the water content) and high loss and waste rates, due to spoilage and imperfections in appearance.”

“One element of a healthier diet is less beef consumption,” he wrote. “Because there is also significant wastage of beef and because beef uses so much land (although mostly pasture), there is a good chance that if you factored in pasture savings, the healthy diet would waste less land. ”

Although the study did not present explicit public opinion data on why people waste food, for fruits and vegetables in particular it is often the perception that they are flawed, or have gone bad. For other types of food, Niles cited issues ranging from large portion sizes to confusion about expiration dates.

Niles and Conrad said the solutions to food waste include educating people — for instance, teaching that a bruised banana can still be eaten — and a lot more meal planning.

What is clear, given the numbers here, is we cannot hope to feed even more people on Earth, with less of an environmental impact, if we cannot get food waste under control.

“We think it’s really important to pursue efforts for nutrition and improving environmental outcomes simultaneously,” Niles said. “As we improve our diet quality we should be thinking about the multiple strategies we have to make sure food isn’t getting wasted at the same time.”

Original article written by Author Chris Mooney for Washington Post on April 18, 2018, with the headline: The staggering environmental footprint of all the food that we just throw in the trash. For an online version, click the link here.