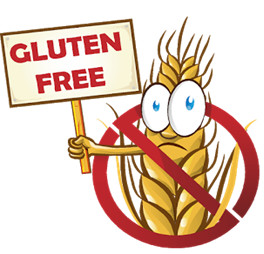 Gluten problems have exploded over the last several decades because the amount of gluten we’re eating (as compared to 50 years ago) has also exploded. And our bodies are simply not designed to handle that much gluten! Due to bioengineering and hybridization of crops, the wheat harvested today has nearly double the gluten of the wheat that our grandparents ate. Plus gluten is a thickener in many processed foods, and our consumption of those has skyrocketed over the last 50 years!

When people ask me if they should go gluten free, my response is always, “It depends on why you’re going gluten-free to begin with.”

Not everyone has an issue with gluten, and it’s not a guarantee that you’re going to lose weight.

Here’s a few thoughts to help to determine if going gluten-free is right for you.

*The basics and why you may want to be Gluten Free

Even though gluten-free eating is a hot topic, many people STILL don’t know what gluten is.

Gluten is a protein found in wheat, barley, and rye. It’s what gives bread its soft, chewy texture.

And it also happens to cause many people a LOT of pain.

That’s because gluten is a very dense, sticky protein that’s challenging for the human GI tract to break down. As a result, digestion can be hampered, which can cause problems like gas, bloating, constipation or diarrhea.

Gluten problems have exploded over the last several decades because the amount of gluten we’re eating (as compared to 50 years ago) has also exploded.

And our bodies are simply not designed to handle that much gluten!

Due to bioengineering and hybridization of crops, the wheat harvested today has nearly double the gluten of the wheat that our grandparents ate.

Plus gluten is a thickener in many processed foods, and our consumption of those has skyrocketed over the last 50 years.

You heard it’s a great way to lose weight

It can be, but not for the reasons you might think.

Without your system having to break down a lot of gluten (especially if you’re a bread and pasta lover) you’ll help to improve your digestion which can lead to weight loss.

Plus you may end up naturally consuming fewer refined carbs overall which can certainly make you drop pounds.

However, it can also backfire on you and cause you gain weight…especially if you replace the gluten-loaded breads, crackers, cakes, and cookies you used to eat with gluten-free versions, and think you can indulge to your heart’s desire because they’re gluten free. 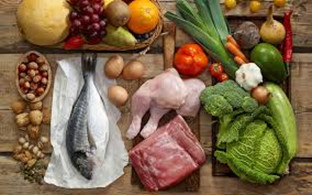 You have a known (or suspected) problem with gluten

There are 3 possibilities here: A gluten allergy, a gluten intolerance or sensitivity, and Celiac disease.

With a true gluten allergy, the symptoms usually occur immediately after eating gluten, so the cause-and-effect relationship is obvious.

But with a gluten sensitivity (intolerance), your immune system sees gluten as a dangerous invader and launches an attack, leading to pain, cramping and diarrhea. However, your symptoms may not appear right away or even days later.

Plus gluten-sensitive health problems can disguise themselves as many other conditions that you might not associate with gluten.

The New England Journal of Medicine listed 55 conditions that can be caused or worsened by eating gluten—including osteoporosis, anemia, fatigue, rheumatoid arthritis, lupus, multiple sclerosis, and almost all autoimmune diseases. Gluten is also linked to many psychiatric and neurological diseases, such as anxiety, depression, migraine, epilepsy, autism and neuropathy.

Lastly, Celiac disease is an EXTREMELY SEVERE case of gluten intolerance or sensitivity.

If you’re considering going gluten free, here are some points to consider:

It’s extremely important to see a doctor if you suspect you have a gluten problem.

Note that the tests for gluten allergy, sensitivity and Celiac are different, so if your doctor has only done one test, you have not been completely tested and may continue to suffer from undiagnosed gluten problems.

Get it out of your diet

But even if you don’t have a documented problem, many people feel better eliminating gluten simply because their bodies are less challenged during digestion.

Real foods are inherently gluten free—including fruits, vegetables, meats, poultry, and fish—so they should become the major part of your diet.

You’ll also have to become a careful label reader to detect gluten in processed foods. It’s not always as simple as seeing “gluten” in the ingredients–here are some additives that also mean hidden gluten:

When dining out, ask your server questions about how the dishes are prepared.

Watch out for non-food sources of gluten too, including medications, cosmetics, lip balm, soaps, shampoos, sunscreen, and toothpaste.

Gluten challenges and the resulting effects on your intestinal tract can also be harmful to your beneficial gut bacteria, which can cause digestive problems and weaken your immune functioning.

Supplementing with a quality multi-strain probiotic formula can help rebuild your population of helpful bacteria and support a strong, healthy gut environment.